Mikel Arteta predicted “a lot of twists” in the race to finish in the Premier League’s top four, reg

Mikel Arteta predicted “a lot of twists” in the race to finish in the Premier League’s top four, regardless of whether Arsenal beat Manchester United on Saturday.

Arsenal revived their hopes of qualifying for next season’s Champions League with a 4-2 win against Chelsea on Wednesday, leaving them level on 57 points with fourth-placed Tottenham.

The Gunners are three points ahead of sixth-placed United, who suffered a dispiriting 4-0 loss at title-chasing Liverpool this week.

But Arsenal boss Arteta said on Friday that whatever the result against United at the Emirates Stadium, it was too early to draw conclusions about who would finish in the top four.

“I think there are going to be a lot of twists still,” he told reporters. “That’s what we have to do, perform and play well to deserve to win the match which I think will be difficult.”

Arsenal have not played in the Champions League since the 2016/17 season, under former manager Arsene Wenger, but Arteta said he was “excited about the options we have ahead of us”.

He praised his players for their positive attitude after they bounced back against Chelsea following three successive defeats.

“After winning, a dressing room is much better than a losing one,” he said.

“When I have to analyse, that energy obviously is (better) but what I’m proud about this team is how they behave when things are not going our way and how willing everyone is to push the boat in the same direction.”

Arteta has overhauled Arsenal’s squad since he was hired in 2019, with all the goals in the Chelsea win coming from former academy graduates Eddie Nketiah, Emile Smith Rowe and Bukayo Saka.

“We knew there were risks but it was in our opinion the best way to move as fast as possible and in the most efficient way and then you need to have support and I have a great connection to (technical director) Edu, with the board, with the ownership and that relationship is vital,” he said.

“Especially in this stage of our project because we don’t have five world-class players that are going to hide our issues every week because they are going to score hat-tricks.

“So what we have to do is get exceptional people that are so connected with a very clear direction and ambition about what we want to do as a club.” 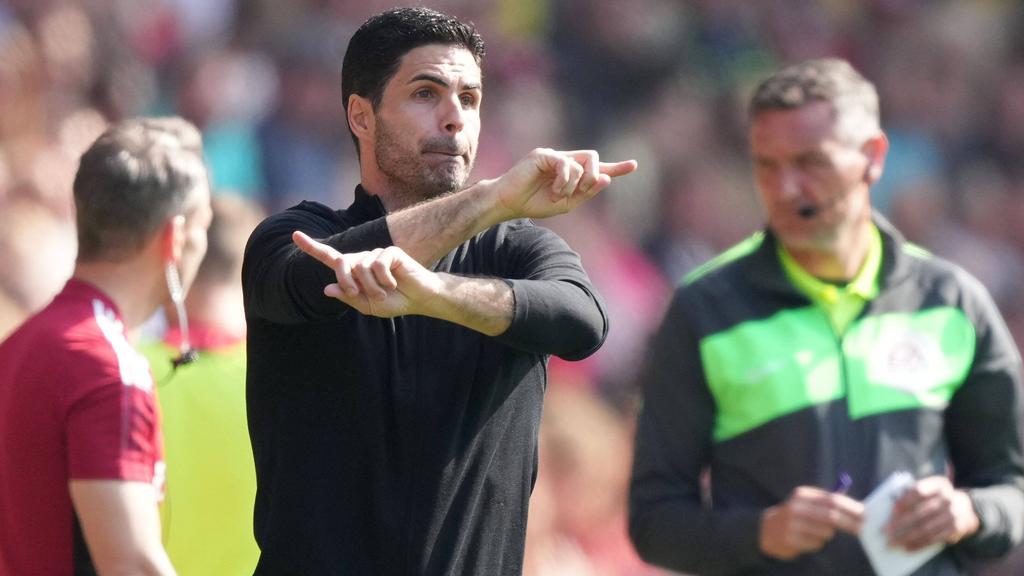