Claudio Ranieri is taking his turn on the Watford managerial carousel as the popular Italian embarks on a fourth spell in the Premier League.

The former Chelsea and Leicester boss was hired by Watford on Monday following the sacking of Xisco Munoz.

If leading 5,000-1 outsiders Leicester to their astonishing Premier League title triumph in 2016 is unquestionably Ranieri’s greatest feat, then surviving more than a season in the Vicarage Road hot-seat might come a close second.

The 69-year-old is Watford’s 13th permanent manager during the reign of the Pozzo family, who took control in 2012.

Munoz led Watford to promotion from the Championship last season and the Hornets were outside the relegation zone when he was ruthlessly axed on Sunday after just 10 months in charge.

The club, in 15th spot in the Premier League, cited the “negative trend” of performances this season, with Saturday’s 1-0 defeat at Leeds leaving Watford without a win in their past three games in all competitions.

Even if Ranieri can keep Watford in the English top-flight this term, it is impossible to know whether that would be enough to satisfy the capricious Pozzos.

Ranieri will at least be fortified by decades of experience and an innate ability to win over players and employers with his disarmingly eccentric personality.

The new job is the 22nd appointment of an itinerant managerial career that started with Italian amateur side Vigor Lamezia in 1986.

Ranieri’s wanderlust has taken him on a 35-year rollercoaster ride, featuring stops at some of Europe’s grande dames in Chelsea, Juventus, Inter Milan and Atletico Madrid.

He hoisted the Coppa Italia with Fiorentina and the Copa del Rey and the UEFA Super Cup at Valencia.

In four years at Chelsea, he earned the nickname of “Tinkerman” for a compulsive desire to reshuffle his starting line-up each week.

At that time, foreign managers were still a relative novelty in England and Ranieri had to work hard to win over a sceptical squad.

By the time he left in 2004, he had established Chelsea in the Champions League, setting the stage for the success of the Roman Abramovich era.

But it was 11 years before Ranieri returned to the Premier League and by then his appeal had worn off in some quarters.

Being sacked by Greece after losing to the Faroe Islands was seen as conclusive proof that the Italian was past it.

But he immediately went on a charm offensive, rewarding his players with pizza and champagne after victories and entertaining the media with his whimsical press conferences.

The brilliance of N’Golo Kante and Jamie Vardy also had plenty to do with Leicester’s glory, but Ranieri was the architect of the transformation for a team that barely avoided relegation before he arrived.

Voted manager of the year by both the Premier League and the League Managers Association, Ranieri was also named a Grand Officer of the Order of Merit in Italy.

But he had little time to bask in the acclaim as his fairytale turned sour.

Leicester struggled to adapt to their status as champions and by the time Ranieri was sacked the following February with talk of a player revolt, the Foxes were languishing just above the relegation zone.

Ranieri has never scaled the heights again, with his most recent spell in the Premier League perhaps serving as an indication of the issues he will face at Watford.

Charged with keeping lowly Fulham in the top tier in the 2018/19 season, Ranieri won just three of his 17 matches and was dismissed before the west Londoners were eventually relegated.

Ranieri left Sampdoria at the end of last season and has been out of work since.

But at an age when many of his contemporaries have eased into retirement, he could not resist one more shot at defying the odds with Watford. 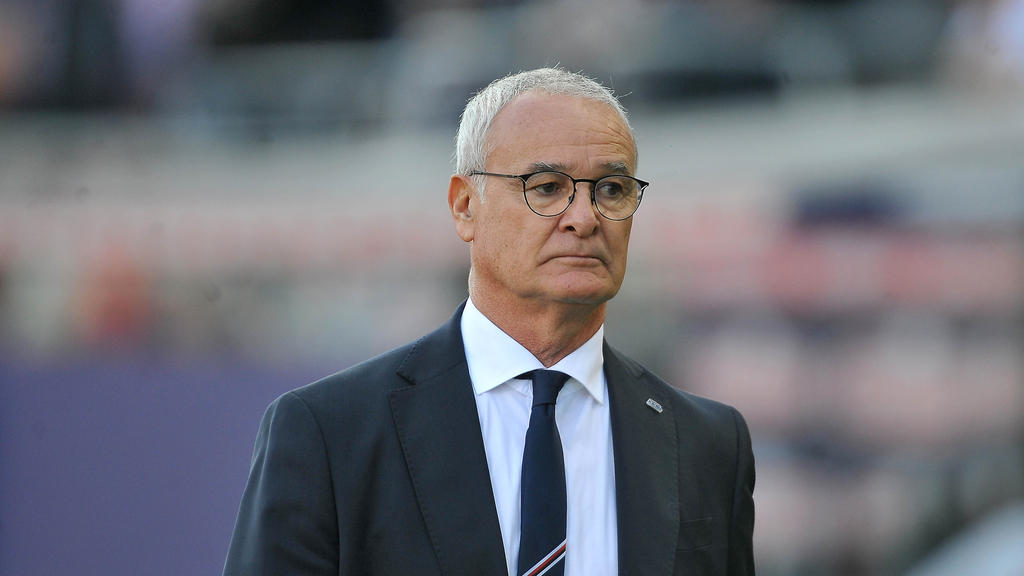